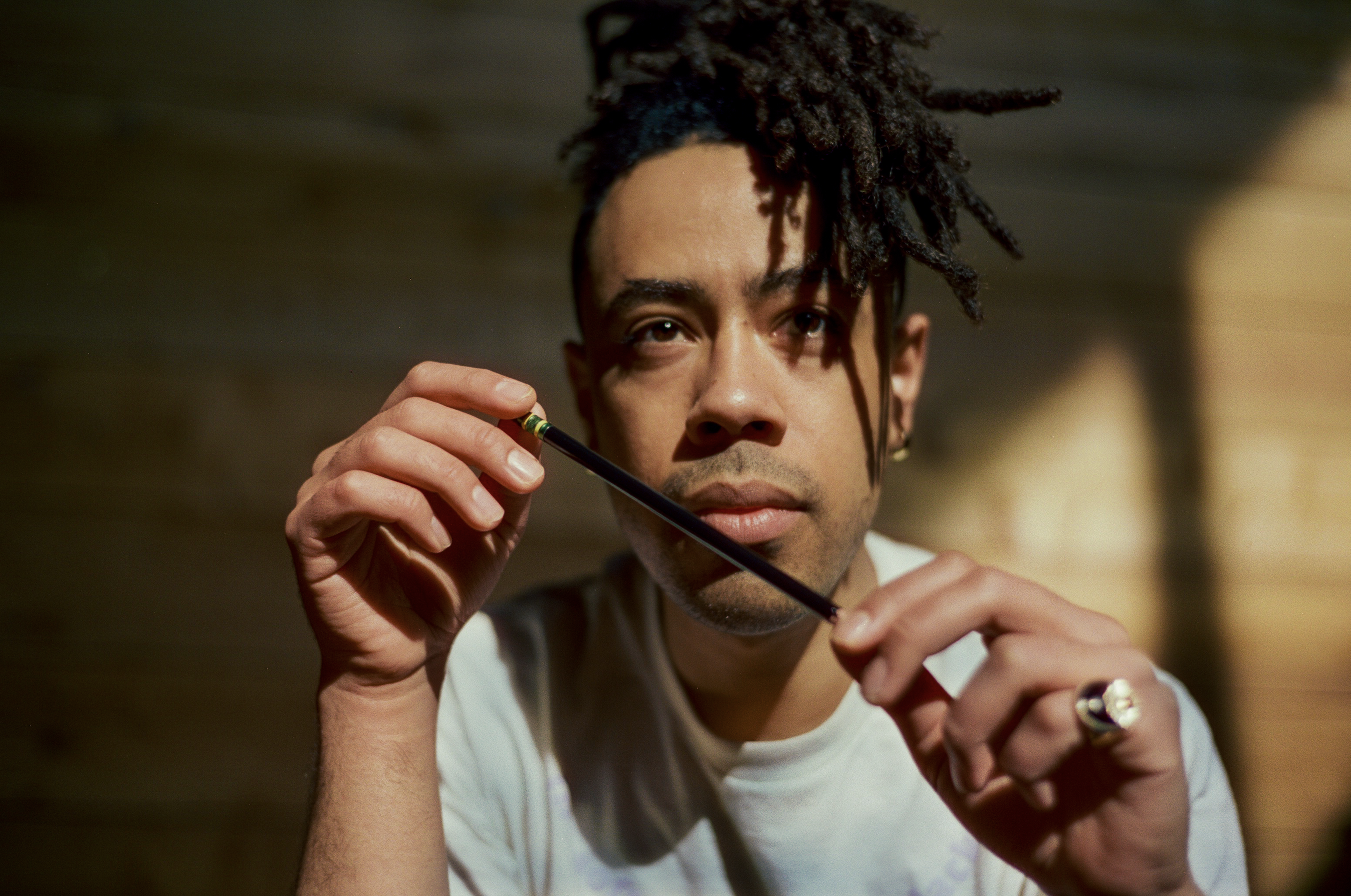 Dr. Alan Pelaez Lopez is an AfroIndigenous (Coastal Zapotec) poet, installation and adornment artist from Oaxaca, México. Their work attends to the quotidian realities of undocumented migrants in the United States, the Black condition in Latin America, and the intimate kinship units that trans and nonbinary people build in the face of violence. Their debut visual poetry collection, Intergalactic Travels: poems from a fugitive alien (The Operating System, 2020), was a finalist for the 2020 International Latino Book Award. They are also the author of the chapbook to love and mourn in the age of displacement (Nomadic Press, 2020). While they are an artist, Alan has also been organizing with undocumented migrants in the United States for over ten years and firmly believes that art is a portal into the future, but which future? That depends on the artist and the ideologies that move them.

You can read Alan’s writing on Teen Vogue, Refinery29, Poetry, Catapult, the Georgia Review and more.

THE REST OF THE TEA:

Alan Pelaez Lopez, Ph.D., was born in Mexico and constantly migrated between the state of Mexico, Mexico City, and Oaxaca’s Costa Chica. At five, Pelaez Lopez migrated alone to the United States, undocumented. As a minor, Pelaez Lopez began to make jewelry as a source of income, which is where they found their passion for art.

In 2010, Pelaez Lopez became artistically, socially and politically involved in the immigrant rights movement as DREAM Act votes were about to take place. In 2011, after the legislation failed, Pelaez Lopez helped organize an 11-night and 12-day action on the steps of the Massachusetts State House to denounce and testify against the criminalization of immigrants in the state. Later, they took on leadership positions with the Student Immigrant Movement and shortly after, with the Queer Undocumented Immigrant Project.

As a young organizer, Pelaez Lopez was mentored by undocumented Black migrants from the Caribbean and South America, which is what led them to develop an unapologetically Black and queer feminist vision for liberation. Through community organizing and strategizing, Pelaez Lopez has facilitated roundtable discussions with U.S. Senators and Representatives; protested detention centers in CA, TX, NY, and MA; and led political and popular education workshops in Washington DC, NY, MA, VT, CA, GA, TX, IL, PA, and CT.

In 2013, Pelaez Lopez was named a recipient of the National Youth Courage Award for their commitment to uplifting the voices of LGBTQIA+ undocumented immigrants in the United States. They accepted the award in New York City and was an honored guest at NYC Pride. In 2014, they moved to Los Angeles to complete a fellowship at the UCLA Labor Center where they launched their first visual storytelling project and has since worked in the field of public and digital narrative(s). They earned a Ph.D. in Ethnic Studies from UC Berkeley.

Pelaez Lopez has worked for Black Girl Dangerous Press and Everyday Feminism, and published widely in print, digital and audio media. They have been interviewed  by The Root, The Nation, PBS Newshour, Telemundo, Univision, NPR, and them to name a few.

At the moment, Pelaez Lopez lives between the San Francisco Bay Area and Mexico City. They are currently undertaking two manuscripts: Chambalés, a trilingual choreopoem about AfroIndigenous children who shape-shift into dragonflies to avoid settler-violence which has received support from the Museum of the African Diaspora, Submittable, and Brown University; and Latinidad is Cancelled, an essay collection that stems from their social media meme-critiques, paired with visual, literary, and music criticism.

They are also in development for Untitled, (co-written with Jess X. Snow) a genre-bending, time-traveling feature film exploring Black and Asian intimacies in the 19th- and 21st-century.

Alan is represented by the talent agency YNME Creatives.